The Curlings of the Isle of thanet

The Curlings of the Isle of Thanet 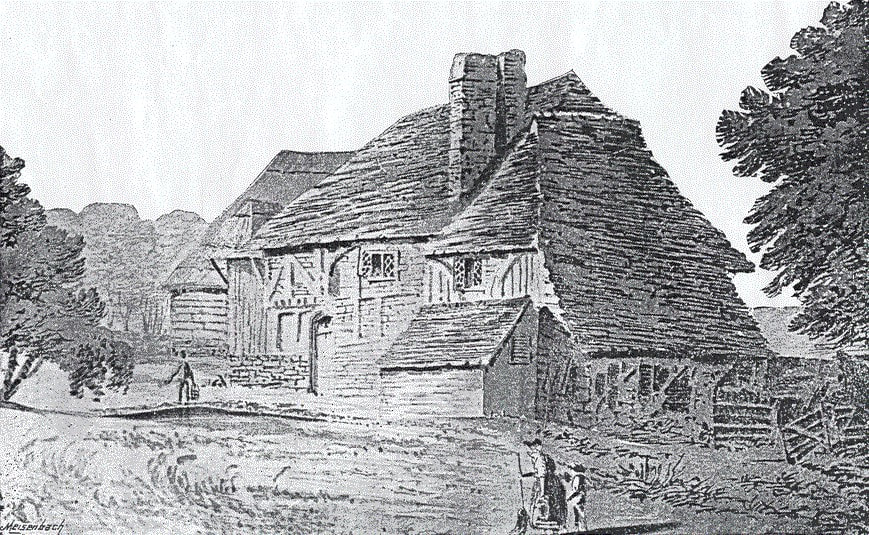 South Chilton House, Chilton,Thanet, c. 1600 The Chilton Curling's Manor House near Ramsgate
The Isle of Thanet
Curling family history is rooted in the black soil and the chalk coast of the Isle of Thanet in far north eastern Kent. The history of Thanet is literally the beginning of the history of England. Its naked exposure to northern Europe across the narrow English Channel offered an inviting entre to the land of the Britons. The Celts, Belgae, Gauls, Romans, Saxons, Angles, Jutes, Danes, Norwegians, and Normans all traipsed across Thanet and Kent on their way too or from the British inlands to raid and pillage, and finally to settle. In World War II there was concern that the Germans might chose the same route to invade England, and again Thanet bore the brunt; Ramsgate in particular was devastated during the Nazi bombing attacks aimed at London.

Kentish culture got a head start on the rest of Saxon England because of its maritime heritage, which brought the ideas and technologies of other civilizations to Britain. In 55 BC Ceasar sailed his legions to Dover and attempted a landing between Deal and Walmer but was repelled by the Britons. The Romans returned in 43 AD, landed at Thanet north of Sandwich, and erected a castle at Richborough. They remained in Britain and Thanet for nearly 450 years.

Hengist and Horsa, the Danish princes that the Britons retained to protect them from the Picts and Scots after the Romans departed in 410 landed at Thanet near Ebbsfleet on Pegwell Bay. Part of their pay was the occupation and use of the Isle of Thanet. Within six years they had taken all of Britain and named it "England." It was the Germanic people from Rhineland who settled after the Saxon conquest that formed the nucleus of Thanet society.

Christianity was introduced to England at Thanet in 597 when St. Augustine waded ashore from Pegwell Bay near Cliffs End and met with Ethelbert, king of Kent. Kent became the centre of christiandom in England, and Canterbury remains the centre of Anglican culture today.

William, the duke of Normandy, chose an ill-defended stretch of beach at Pevenesy Bay near Hastings to invade England in 1066 to wrest the crown from Harold. The epic battle north of Hastings where Battle Abbey now stands was a defining point in the history of England, and William the Conqueror set the tone for the medieval period to follow.

Chilton Farm, overlooks the mud flats of Pegwell Bay at the south edge of Ramsgate just beyond West Cliff. It was the site of the Curling ancestral estate. If one stands on Chalk Hill Road, which bisects the fields of Chilton Farm, and looks to the southwest toward Cliffs End, you see in the distance where the Saxons Hengist and Horsa landed, where Augustine waded ashore, and beyond that, the Roman Ruins of Richborough Castle. Too far to be seen over land, but within a short drive of Chilton in East Sussex is Battle Abbey where William the Conqueror fought the decisive battle of the conquest. In Canterbury, a scant hour by highway from Chilton, is the great cathedral, seat of the Anglican Church and the site of Thomas Becket's murder in 1170 at the hands of King Henry II.

History swirled around the Curlings of Thanet, touching them in ways that they poorly understood at the time. Generations of Curlings experienced the ravages of piracy and war, pestilence and disease, storms and droughts, taxes and tithes, hunger and bounty, and the usual human joys and tribulations of just living. Those events framed their lives, moulded their personalities, and determined their fortunes and misfortunes. Perhaps some of the ancient attitudes formed by these experiences survive today in the Curling psyche and are expressed in ways and mannerisms that we who carry the genes do not recognize.

The earliest record of the Curling line in Thanet begins with John Curling, born about 1400 in St. Laurence Parish.  The direct line of descendants to Joseph Curling (b.1646 d. 1719), the patriarch of the Curling/Curlin family of America, is through John's son, Richard of Chilton (b.1420-d. 1463), and his wife, Cecilia, seven generations before.  The Curlings were a prolific family, siring many children whom they tended to name alike generation after generation.  Most of the family lived within St. Laurence Parish, so most of the genealogical records are associated with St. Laurence (Lawrence) Church.  Over thirty headstones in the Parish cemetery bear the names of Curlings.  Curlings also lived within the parishes of St. Peters in Broadstair, St. John's in Margate and St. Mary's in Minister, Thanet.  But until the late 18th century the family stayed close to Thanet and in Kent County.   The Curlings were Protestants and "Roundheads," supporting Oliver Cromwell and Parliament in the Reformation.

Thanet was once an island with a deep passage  through the Wantsum Channel emptying into the Thames and connecting with the River Stour, which opened into the English Channel at Sandwich.  The channel has since silted in so that it is only a marsh that connects with the mainland.  Locals still consider it an island nevertheless.  Thanet was settled in the 5th century by the Jutes, a germanic people from the region between the Rhein and the Elbe Rivers.  It is highly likely that the Curlings were of Jutish origin.  Early Thanetonians were knows as "fishermen with plows," since their livelihood depended on fishing as well as farming.  The Curlings were farmers, fishermen, ship's masters, maltsters, and inn keepers.  Few were "gentlemen," although John Curling of Fordwich was granted arms in 1620 by the Somerset Herald.  His motto on the arms: "One who had earned respect."

The South Chilton House and the Chilton Farm at the edge of Ramsgate overlooking Pegwell Bay is the site of the Chilton ancestral home.  It was built of timber and daub and wattle, typical of  late 16th century construction.   It's final remains were torn down at the beginning of the 19th century.  The North Chilton farmhouse was built in 1713 by John Curling, son of William Curling and Ann Maxted.  The house still stands at the corner of Chilton Lane and Chalk Hill Road, diagonally across from where the South Chilton house once stood.  It has been modernized and is now owned and occupied by Stephen Ladyman, a Liberal Member of Parliament representing the Thanet area.

Joseph's father, Nicholas Curling (b.1621 d.1691) and his wife, Ann Wild lived in St. Peter's Parish at Broadstair on the Thanet coast less than two miles north of Chilton.  Broadstair later became famous as the residence of Charles Dickens.  Nicholas and Ann had five children that survived infancy: Mary, Joseph, John, Elizabeth and Sarah in the order of birth.  Two children were stillborn.

Joseph was born January 1646 and likely came to Virginia as a young boy of perhaps twelve to fourteen years old.  His youth was not unusual; colonial records show children as young as nine years enrolled as indentured servants.   On May 15, 1665, Joseph was deeded land adjoining Richford Swamp in Lower Norfolk County, Virginia, by Walter Costing (Coston, Costin).  At that time he would have been about nineteen years old.  Joseph may have worked and lived with Walter Costing and was perhaps treated as a son, since Walter Costing's will in 1688 left no record of children or a wife bearing his name.  In a 1716 deed Joseph Curling is referred to as "son" of Walter Costing, an appelation often meaning son-in-law or some other close, but non-familial, relationship.

Joseph Curling (b.1646 d.1717/18) and his wife, Rebecca, had four sons, Nicholas, Anthony, Walter, and Joseph, and a daughter, Ann.   Nicholas died between 1711 and 1718. Walter and his wife, Isabell, Anthony and his wife, Frances, and Joseph, Jr. and his wife, Agnes, lived on land near or adjoining Joseph, Sr's homeplace on the southern branch of the Elizabeth River east of Richford Swamp in Lower Norfolk County, Virginia.   Court records indicate that the family was in the business of producing shingles and tannin from the abundant white cedar (juniper) and cypress that grew in the swampy areas of the lower Tidewater.

Curlin Branch of the Family Tree

Thomas Curling, John and Courtney's son, married Sophia Cooper and continued living in Currituck County until about 1789 when they moved their family to Halifax County, North Carolina, near the town of Enfield. Family tradition indicates that they had eleven sons and a daughter: John, Hugh, Terrell, William, Zacheus H., Lemuel Prince, Seth, Valentine, James, Jesse, and the daughter, Lovie.  No records have been found to verify the existence of William, Valentine, James, and Lovie, but the other sons married and raised large families.  The 1790 census listed Thomas' surname as "Curlin," the spelling that has followed that branch of the Curling family ever since.
​
Thomas and Courtney Curling's sons moved westward into the new lands of West Tennessee, Kentucky, Arkansas and East Texas during the western migration of 1820-1830.  The sons were farmers, as was Thomas and his father before him.   Several of the older generation of Curlins remain close to the land, but recent generations have gone into medicine, law, teaching, business, engineering, and the crafts and lead an urban life.​